Skip to main content and our Accessibility Statement may be found in the footer of our website.
Back To Oncology Stories

Love heals: Equestrians give gift of horse and hope

Love comes in all shapes and sizes, and sometimes strangers deliver it right to your door.

That’s what happened for Megan Firinaiu. After meeting Kelly Dias at the Stanford Emanuel Radiation Oncology Center, Megan received the gift of a chestnut brown quarter horse named Cody and the healing kindness of a new, true friend.

“Kelly completely changed my outlook on cancer and on life,” says Megan from her home in Valley Springs. “Now I have hope.”

Cancer came as a complete shock to 25-year-old Megan. She had her tonsils removed in July 2017 and had a seizure two days later. Doctors discovered and removed a tumor in her brain. The tumor was cancerous, a high-grade glioblastoma.

“My doctor told me not to go on the internet and read about my disease,” Megan says. “And I was good, I didn’t do it, until the day before I began chemotherapy and radiation.”

Megan didn’t like what she read. She had never so much as suffered from headaches let alone anything that serious.

“When I walked into Emanuel’s radiation office, I was all very doomsday,” Megan remembers.

Kelly Dias of Turlock was there, awaiting a radiation treatment of her own for breast cancer. Kelly is very friendly and began chatting with Megan and Megan’s mother, Michelle Firinaiu. Megan was not in the mood to chat.

“But I got called in for my treatment, so Kelly and my mom kept talking,” Megan says.

Saving for a horse

It was a good talk. Kelly learned that Megan was an animal-lover and saving to buy a horse. Megan’s “horse fund” was a 5-gallon bucket beside her television where she dropped all her spare change.

“I have a bajillion animals, but I always wanted a horse,” says Megan.

Horses are Kelly’s thing. She was a barrel-racer most of her life. Kelly called her friend—Lavita Whittenberg—and told her about the fellow patient who would really love a horse. Lavita said she had a beautiful 16-year-old gelding who she wasn’t riding much anymore and would be happy to give him to the young woman Kelly had just met. 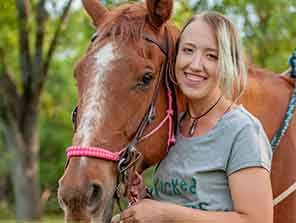 By the time Megan was leaving Emanuel Cancer Center that day, Kelly had already left a message for Megan with the people at the front desk to give her a call.

“I told Megan I had an offer she couldn’t refuse,” Kelly says.

The very next day, Megan went to meet Cody at Lavita’s ranch. Cody was stand-offish at first, but Megan petted and talked with him. When she walked away, Cody looked at her as if to say, “Why did you leave? Are you going to come back?”

Megan rejoined Cody and they hung out together in the shade. When Cody rested his head on Megan’s shoulder, she was hooked.

“My heart melted,” she says.

Home on the farm

Kelly and Lavita and their friend Don Gonzalez loaded Cody in the trailer, along with a blanket and tack. (Linda Bunch, a radiation therapist at Emanuel Cancer Center, gave Megan a saddle.) The trio delivered Cody to Megan’s home in the foothills where she lives with a menagerie of furry and feathered friends. Megan owns a pet grooming business and she shows standard poodles in dog shows.

On her one-acre farm, Megan has goats, ducks, pigs, chickens, bunnies, cats, dogs, two hedgehogs (Scarlett and Sonic) and a pot-belly pig named Violet. Cody lives at her friend’s horse ranch 10 minutes away and Megan rides and visits with him every day.

Megan finds strength in the company of Cody and her other animals.

“It’s hard to be unhappy around animals,” she says. “They have such good energy, and offer so much love.”

It’s like that with Kelly, too. Kelly and Megan stay in touch, encouraging each other in their respective fights with cancer.

“Kelly is my ray of sunshine,” Megan says.

Cancer can show up out of the blue. But friendship can, too.

“Meeting Megan is the silver lining in cancer for me,” says Kelly. “Maybe that’s why all this happened, so that we could cross paths.” 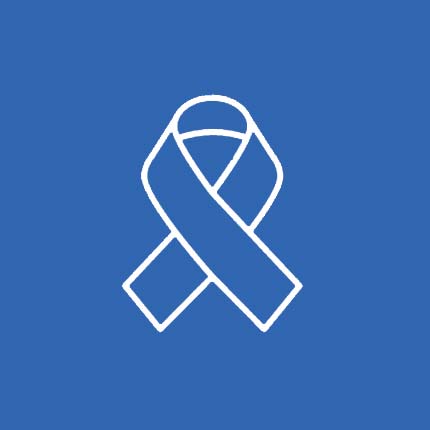 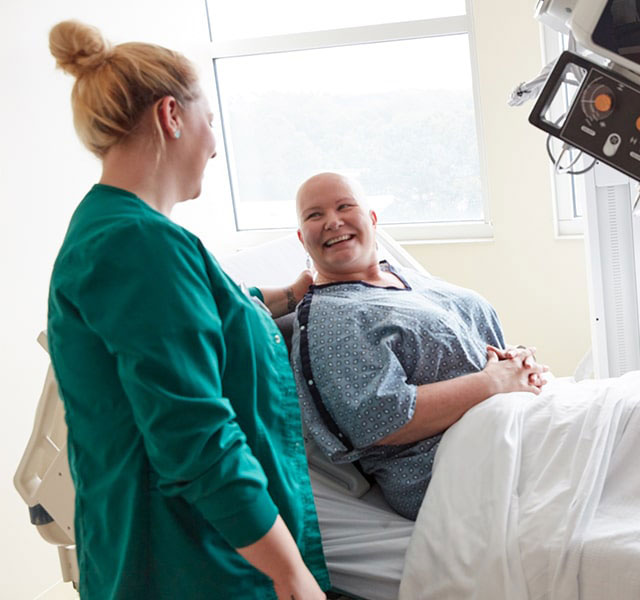